Images of America - World War One on the Virginia Peninsula

Home / Images of America - World War One on the Virginia Peninsula 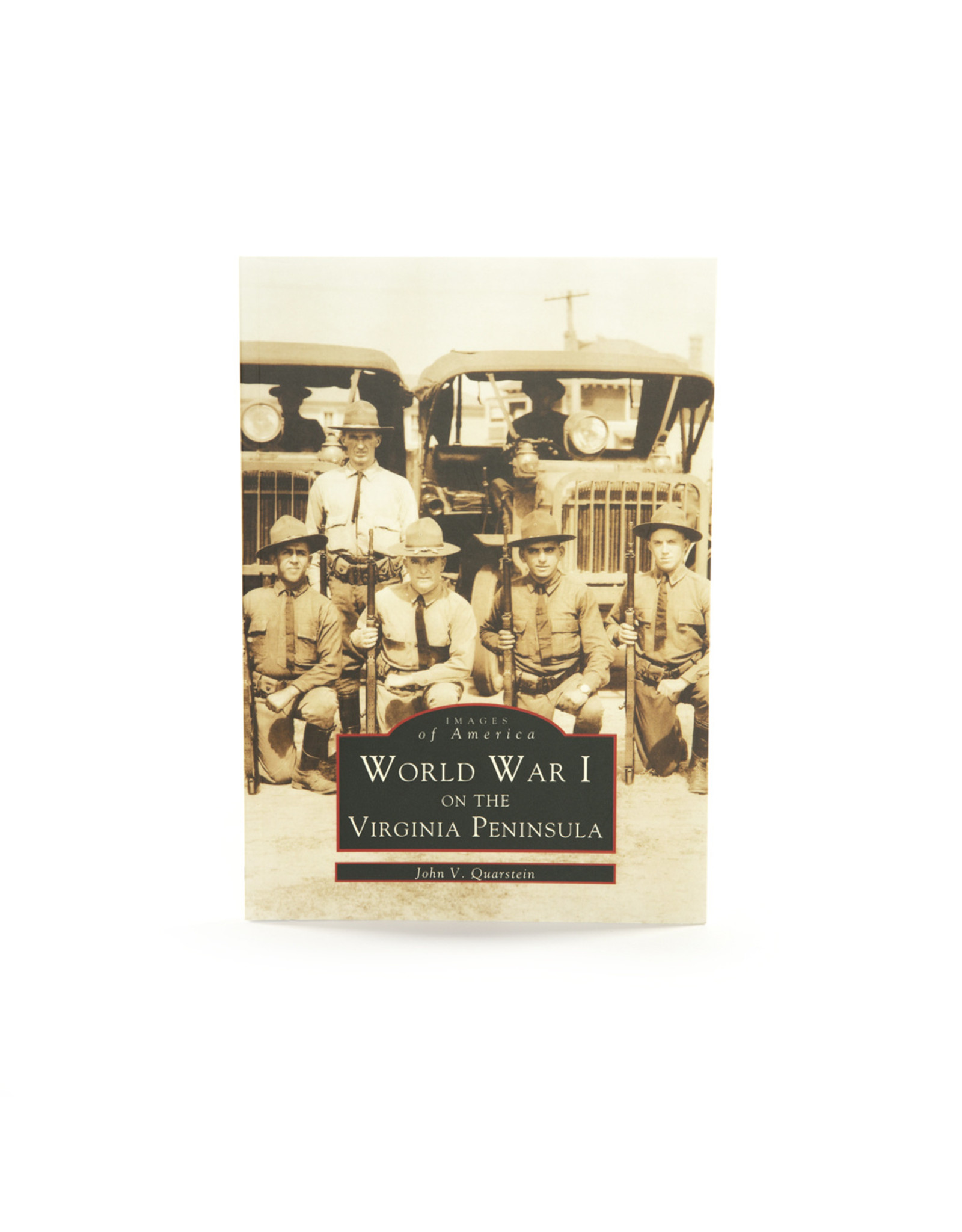 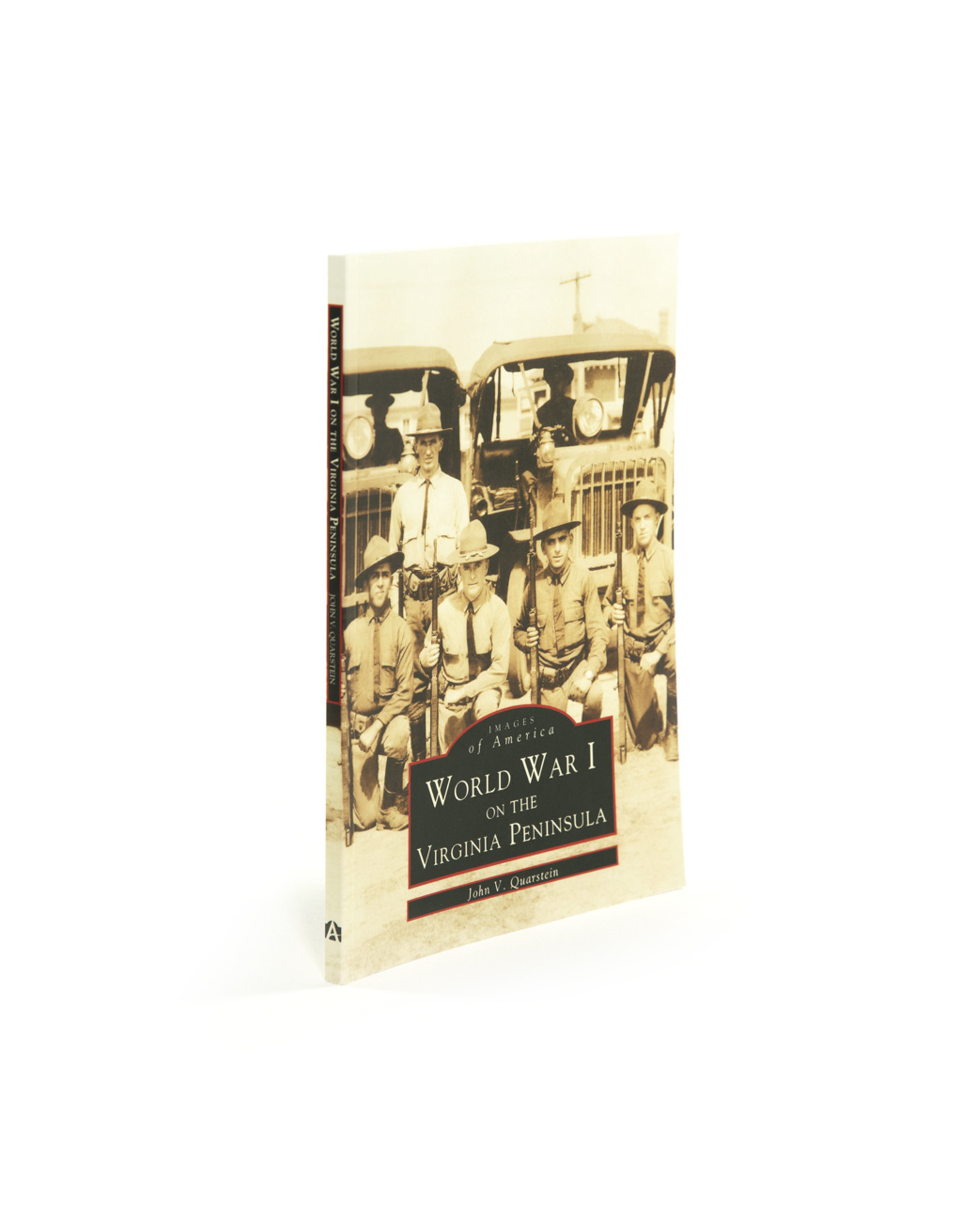 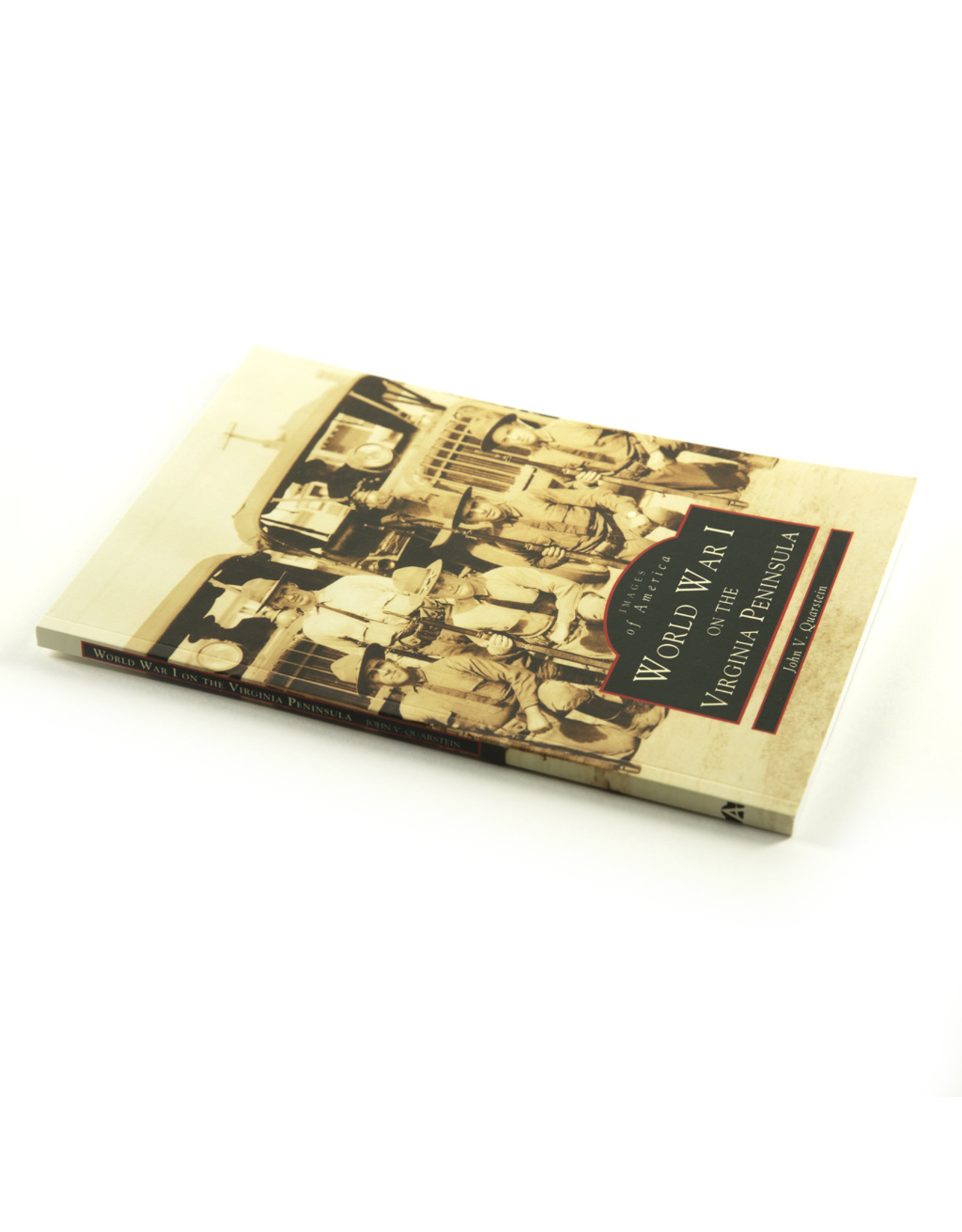 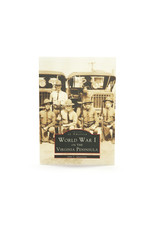 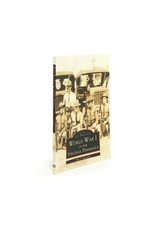 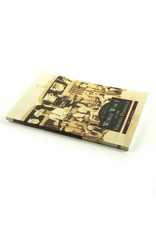 When the United States entered World War I in 1917, the Virginia Peninsula immediately became a center for the intensive activities required to prepare the nation for war. The fertile farm fields overlooking the James River, Hampton Roads, and the Back River were quickly transformed into military camps, air
fields, and training bases. Almost overnight, Newport News became the second leading port for men, horses, and supplies embarking to Europe. Shipyard workers labored around the clock producing ships. Each vessel was considered "a death blow to Prussianism," which was required to achieve victory. The Peninsula experienced rapid population growth, necessitating the construction of houses and public transportation systems. Individuals on the home front worked like "soldiers without guns" as they organized bond drives, provided recreation for doughboys passing through the port, and honored local fallen heroes. World War I on the Virginia Peninsula is the first comprehensive pictorial history documenting the events that occurred on the Virginia Peninsula during the war that was fought, as President Woodrow Wilson advised, to "save the world for Democracy." In nearly 200 compelling photographs from local museums, archives, and private collections, this volume vividly documents the places, people, and industries that framed the community's wartime experience.