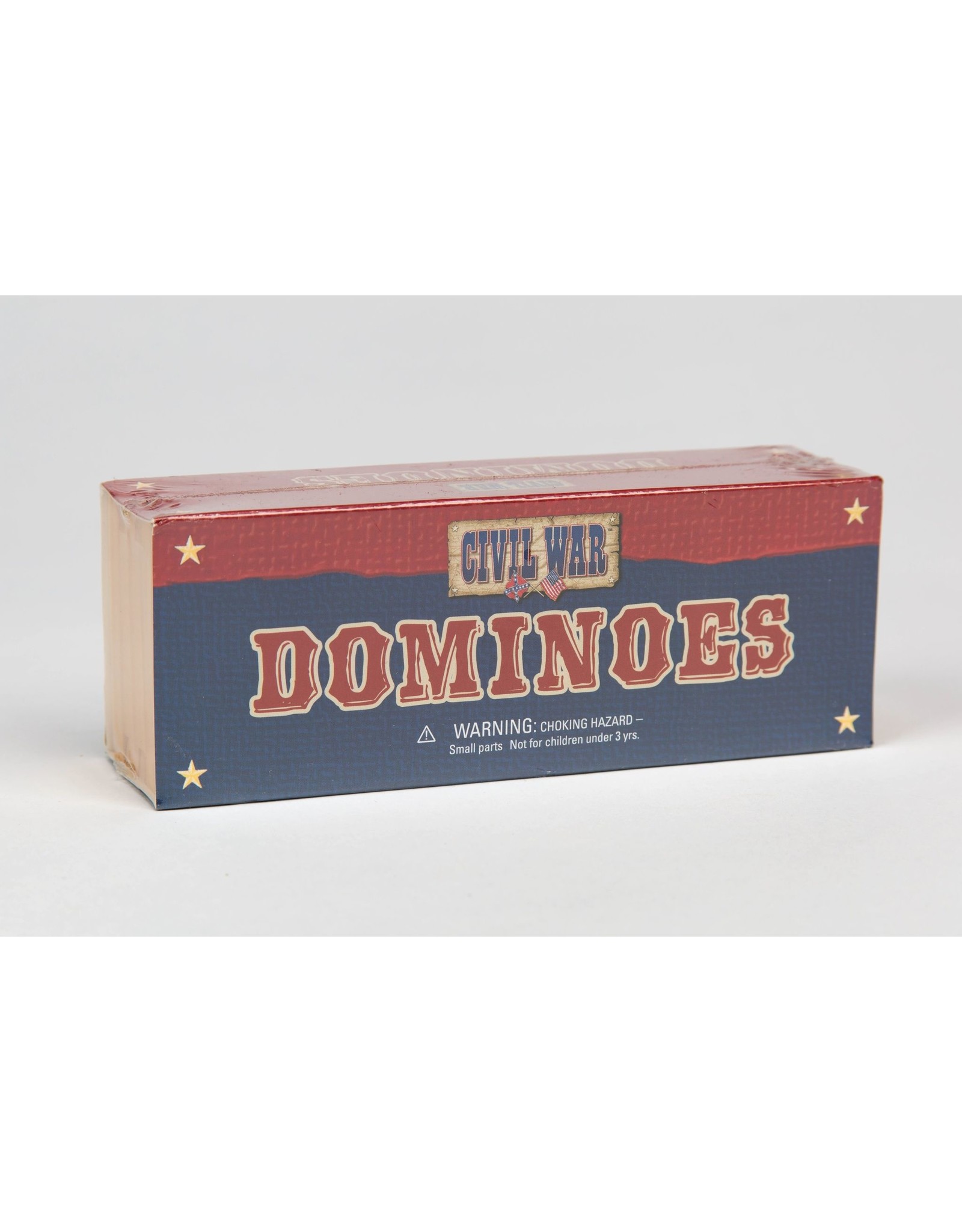 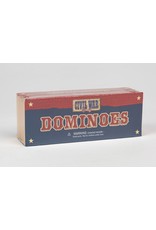 The game of dominoes is believed to have been invented in 14th century China and spread through Italy to France and England landing in the American colonies with merchant sailors.  By the time of the Civil War dominoes were used not only as a toy but an invaluable method for teaching basic math skills.

This version is incased in a wooden display box, ready for family or solo play.